Confirming rumours circulating in the UK over the past few months, Luxembourg-based commercial broadcaster RTL Group has released a promotional DVD which sets out its strategy for using Digital Radio Mondiale (DRM). One of the options under consideration is reviving the English service, which ran until the early 90's on mediumwave 1440 kHz. A chart showing requested usage of longwave, mediumwave and shortwave for DRM indicates that RTL has requested a shortwave frequency covering the UK, while mediumwave and longwave are under consideration.
Other DRM expansion plans include a shortwave service for transcontinental/eastern Europe, a mediumwave service for Belgium and the Netherlands, and a fourth RTL network for France. RTL says it expects DRM consumer receivers to be shipping in quantity by the second half of 2005.
Hans Knot, Groningen, the Netherlands (05/05/2004).

2005…. The legend is back ! RTL Group is using the DRM technology to re-launch Radio Luxembourg on 7145 kHz. New generation digital radio receivers featuring DRM/DAB/FM/AM will be available by the end of the year from various manufacturers, for a perfect tune in to Radio Luxembourg. RTL Group is actively supporting the digitalradioDR initiative.

The official relaunch of Radio Luxembourg with live presenters is expected by the end of 2006 once new DRM receivers are available on the market.

Radio Luxembourg recently stopped using 7295 kHz for its experimental DRM English service to the UK, leading some hobbyists to question whether RTL has had second thoughts about relaunching the English service. This morning I had a chat with DJ Benny Brown, whom I have known for more than 20 years. Benny assured me that RTL is still very committed to DRM, and has a number of frequencies registered, but since there are still very few DRM receivers on the market, it’s too early to launch a permanent service. Low power DRM transmissions from Dudelange, serving Luxembourg, continue on 25795 kHz 24 hours a day in parallel with the Internet stream. Tests on other shortwave frequencies may also take place. (February 20th, 2007).
Copyright: Radio Netherlands Worldwide.

Thursday, February 22, 2007 at 12.00 hours Martijn Moerel and I arrived at one of the two RTL Group buildings on the Boulevard Pierre Frieden in Kirchberg in Luxembourg. We were waiting at the reception. And watched old radios and other old stuff. After one hour two persons of RTL (Dan and Pierre-Yves) (Station Manager/Digital Radio Strategist) showed us in the second building the control rooms of RTL4, RTL5 and RTL7. Back in the first building we saw the studio of the German RTL Oldies and many technical rooms (all the radio signals are going from here to the different transmitters). Later that afternoon we arrived at the studio of the new English Service of Radio Luxembourg. Benny Brown was presenting a programme. It was 25 years ago since I was in their old studio (in Villa Louvigny). Now all the records were gone. All the music and a complete play list is in a computer now. Benny just had to say a short announcement; that was all. I asked myself if this is real radio. It sounds like pre-recorded. Of course I made many photo's; some of them are here: 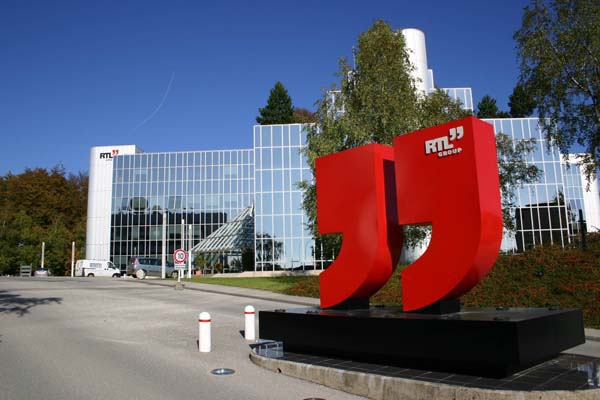 Please write in my guestbook about the new Radio Luxembourg and your DRM reception. 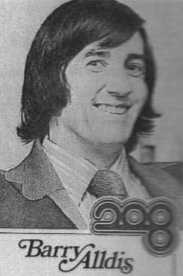 3. Hi there, Just go ahead with Radio Luxembourg English service DRM broadcasting. I have plan to buy Morphy Richards DRM receiver, and it is not expensive device for such a pleasure! SWITCH ON THAT TRANSMITTER!
Milan K.Pesich Lovosice, Czech Republic (20/03/2007).

2. As an owner of a new Morphy Richards DRM-receiver I`m waiting for the continue of the 7295 Kc transmissions.I think RTL-208 should also broadcast on Astra/Eurobird via 28°East ,because there are not enough terrestical receivers to pick up DRM.RTL should not forget the fact,that in these days there are other good classic-rock-stations like Virgin,Arrow Planet-Rock,Caroline etc.So why should people buy new receivers for 208,when there are enough good stations via satellite?I think the only chance for 208 is to make a unique style of programms,transmit it via satellite into the UK`s Digi-Boxes(and all other European sat-receivers)to make it well-known and popular and loved by the audience.If in the future there are mobile DRM-receivers for cars etc.on the market,I´m sure the listeners will buy the equipment to get RTL 208 while they are mobile.
Thomas Brandt Bremen/Germany (04/03/2007).

1. I've got a new Mayah2010 DRM portable and am getting the all-day tests now centred on 7295kHz DRM-SW from 09:00-17:00 UK with excellent results and reception! Occasionally this falters (due to AM propagation fluctuations and reception condition variability), but provided reception conditions are stable, it CAN be quite good.
Anthony Accrington,Lancashire,UK (11/05/2006).